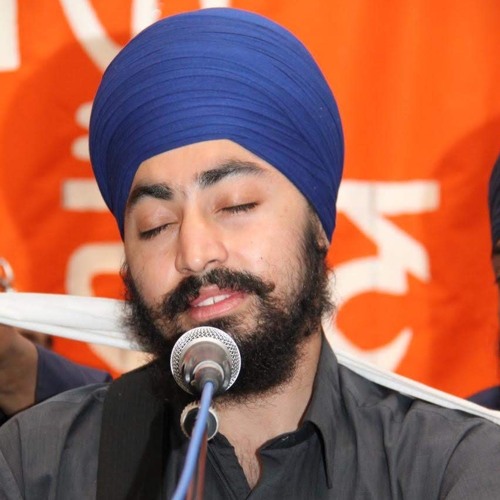 The face of fakeness

Gurbir Singh has been caught a number of times having illicit affairs with women at the same time. All he wants to do is get in the best place that he can and become a “star”. The attached screenshot from a recent Facebook post shows that after his AKJ ban in the UK, he is desperate to do keertan anywhere in the world and asks for “Paper” meaning visas. This screenshot was captured back in July and we thought we would not publish this post and give this individual a chance to sort himself out. But he didn’t.

Yes, he does great keertan but that does not mean you can overlook the obvious. Everyone in UK is aware of his nature. Oh and he is the brother of Tejbir Singh, who recently got divorced after he was caught screwing around with other girls. It was obvious that all Tejbir really wanted as well was to get his citizenship in the UK.

Put together these two brothers equal trouble. Sure, we could have done with more proof on this website about the two, but these two prey on innocent girls and we don’t want to subject them to any shame. Of course, these two brothers know that and that’s why they do what they do. There will be those that don’t care what this blog post say, and there will be those that do – and we want those that do to stop supporting Gurbir Singh and take a stand. Get Gurbir Singh off stages.

UPDATE 2022: Gandha-Gyaani Gurbir continues to have affairs and takes intoxicants.

Allegations and eye-witness accounts of Gurbir Singh having affairs with women have now been rife for over a decade. He has been given numerous chances to reform and has been offered support multiple times by AKJ (Akhand Kirtani Jatha) but he has not changed his character or his illicit ways. AKJ (USA) have now released the following statement in regards to this individual to further distance themselves from this once prominent Kirtani who now resides at, and is employed at, Gurdwara Sahib in Selma, California.

Matters of grave concern have been brought to the attention of local members of the Akhand Keertanee Jathaa regarding the actions of Keertanee Gurbir Singh Tarn Taran. This prompted a meeting of Gursikhs representing local units of Akhand Keertanee Jathaa (USA), which was held on Saturday January 29, 2022, during which complaints received about Gurbir Singh Tarn Taran were discussed at length.

Based on the information received from various sources, Gurbir Singh has engaged in immoral deeds with multiple women, from an early age, which have made him an apostate from Sikhi and a slave to his vices. While he was in Punjab, he was reprimanded by many elder Gursikhs for his unscrupulous deeds and was disciplined on many occasions by the Panj Pyare. In England. Gurbir Singh was banned from performing kirtan by Akhand Keertanee Jathaa (UK) due to the same deeds. When Gurbir Singh arrived in USA, he was summoned by the Panj Pyare to address his unrepentant and ongoing offenses involving multiple women during the New York Amrit Sanchar. Following intense questioning by the Panj Pyare, Gurbir Singh acknowledged his misdeeds. After hearing of his repeated and reprehensible acts, the Panj Pyare severely reprimanded Gurbir Singh with the condition that this was the last time he would be pardoned and would not be forgiven again for any future mistakes. After giving his word, and willingly accepting the condition from the Panj Pyare, Gurbir Singh disobeyed the order of the Panj Pyare, made no efforts to reform himself as a Sikh, and continued his illicit relationships.

In addition. Gurbir Singh has also started consuming intoxicating drugs while serving as a Granthi of a Gurudwara in Selma (CA), based on eyewitness accounts. During the meeting, it was decided that the allegations against Gurbir Singh are very serious as he has disobeyed the direct order of the Panj Pyare, which will have far-reaching negative consequences on other youth. In light of all of the above, Akhand Keertanee Jathaa (USA) decided that Gurbir Singh is prohibited from performing any and all sevas including kirtan. The sangat are hereby requested to not give any seva opportunities to Gurbir Singh, or associate with him in any way.

Organizers of kirtan events and media personnel are requested to not associate Gurbir Singh with Akhand Keertanee Jathaa (AKJ) in any way. including any social media, and to not share any old or new audio/videos of him.
“Rehat pyaree mujh ko. sikh pyaraa nahe(n).” (Rehat (and the Sikhs who keep it) Is Beloved to Me, Not One Who Merely Calls Himself/Herself a Gursikh (and does not follow Rehat)).

This was then followed up by an open letter to Gurbir.
To Gurbir Singh Tarn Taaran
AKJ USA Singhs in CA scheduled an initial meeting through Bh. Shamsher Singh Ji for Jan 9th. Bh. Shamsher Singh Ji requested that Jan 9th meeting be moved to Jan 14th. Again, the Jan 14 meeting was requested to be moved to Jan 22nd. The subject of the meeting was your conduct, but Selma Singhs did not show up to the Jan 22nd agreed meeting.
AKJ USA Singhs can meet, as you stated in your video. Let us know the time and place.
This is the official AKJ USA account. AKJ USA messages are labeled AKJ USA. We are not responsible or accountable for any other social media posts.
Gurbir deleted his Instagram after the above post by AKJ USA went up and has not responded privately or publicly. Again, we, like AKJ USA, request all Sangat everywhere to take a stand. Take down videos of Gurbir from your YouTube accounts, remove him from all events, write and pressure Selma Gurdwara to take a stand against abusers and drug addicts and remove them from positions where they can keep abusing.